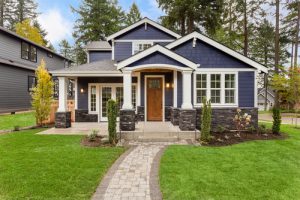 Did you know that residential buildings including single family homes, town houses, condominiums, and apartments make up approximately 20% of energy consumption within the United States? This residential energy consumption is not only a cause of harmful greenhouse gas emissions and environmental concerns but is also a major expense for households across the country.

For owners of existing homes, new regulations and standards mean it is time to trade in existing systems for newer, energy-efficient models. However, it can be difficult to know which upgrades will be the most cost effective in the long term. Fortunately, a recent report from research group Newport Partners LLC examined a wide range of energy efficiency measures (EEMs). They evaluated their economic, environmental, and energy performance to create a guide for homeowners and contractors deciding on which EEMs to prioritize when upgrading and remodeling existing residences.

In the end, the report found that the ten most cost-effective upgrades included:

The report found that opting for a propane dryer over a traditional electric model was a top saver of both emissions and electric costs. This was especially true in several cooler climates in the North East, in which payback took 5-6 years, saving <0.1 to 0.3 metric tons of Co2 in annual emissions.

Switching from an electric water heater to a tankless propane model was also proven to be a major source of savings for homeowners. The researchers found that installing a tankless unit had a payback of only five years. Even better, the report found that this was one of the top switches homeowners can make to reduce emissions, with annual savings on C02 at 0.6 metric tons. Researchers also found that tankless propane heaters had almost double the life expectancy of electric models, while also producing hot water at a much faster rate.

If you are ready to see how much you can save by switching to propane power, LinGas is here to assist with your residential propane needs! We have locations serving Henderson, Bicknell, Livermore, Elkton, Evansville, Dale and the surrounding area. Contact us today at 1-800-850-4380 or visit us at https://lingas.com/ to learn more about using our residential propane services to power your home.